Everything you need to know About Dubai Falcon Shows

Falcons  are deeply rooted in  Dubai’s history, In fact, they’re so highly regarded that images of falcons can be seen on street signs, local currency, and are even the national emblem of the UAE.

In this post we explain a wide variety of professional falcon shows and experiences on Desert Safaris.
This  post will give you a better idea of the different types of falcon shows.

The main reason that falcons important in Dubai

In the olden days, Bedouin Arabs used them mainly for hunting. they played a huge role in the way they hunted. By capturing and training falcons, they were able to hunt much more efficiently during the winter months. Falcons would help find and kill animals such as hares, birds, and gazelles, which were major food sources for the Bedouin people.
As times changed, hunting is no longer a part of daily life. But falcons still hold their place in Emirati culture. Today, falcons are used for sports more than anything else. They are also admired for their beauty and speed. Falcons are a symbol of pride and honor among Arabs.
Falconry is an art for Emirates. They take good care of the falcons while training them to form an everlasting bond. History has it that it was the Arabs who spread falconry to ancient Rome and Persia during their trading expeditions. 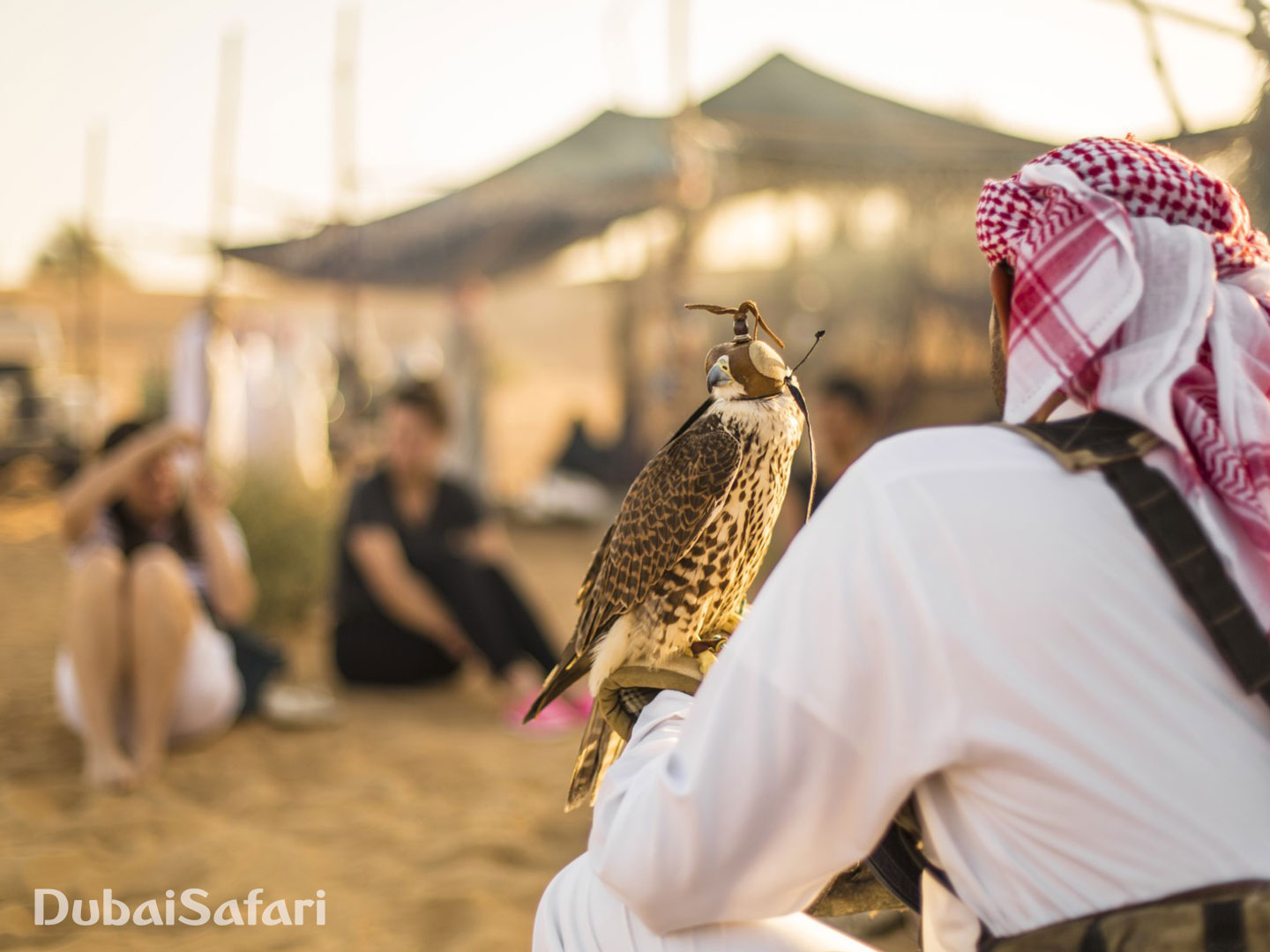 Traditional falconry demonstrations are offered on several of our Desert Safaris. As with all of our falcon shows, our traditional falconry provides a glimpse into the rich history falcons have within this region. You will get to see how the falconers train these majestic creatures to fly and swoop for lures. Once the falcon catches the lure in the sky, they are rewarded with their favorite snack, usually quail. After the show, guests get great photo opportunities holding the falcon on the glove. 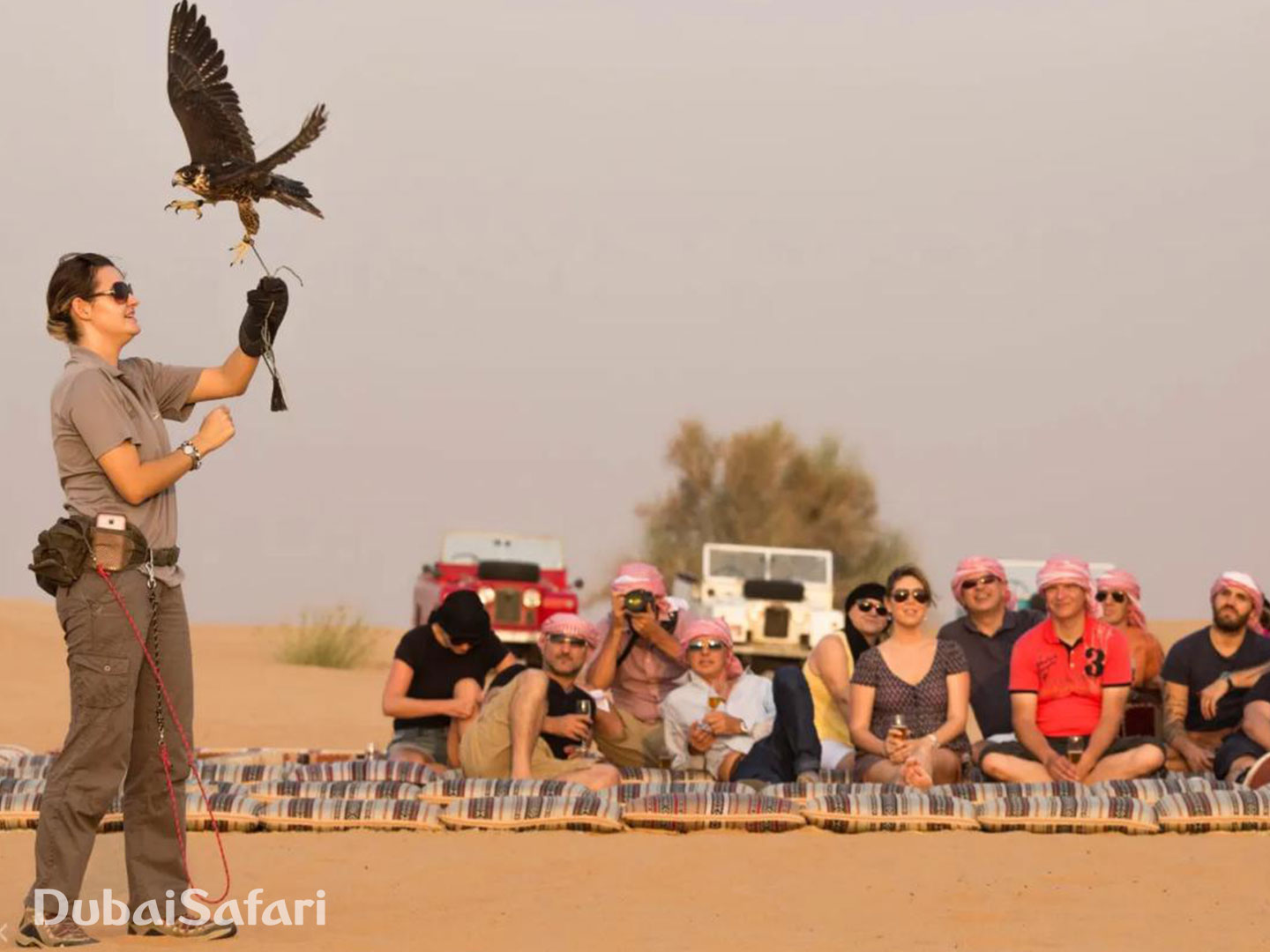 Falconry is an ancient art that has been practiced for thousands of years, but the techniques used have evolved greatly in recent decades.
To give guests exposure to both the old and the new, we provide a modern interactive falconry demonstration on two of our Desert Safaris. This includes demonstrations of the traditional, as well as modern techniques used to train the falcons. Hi-tech equipment like high end drones are used in modern times to keep the falcons fit. 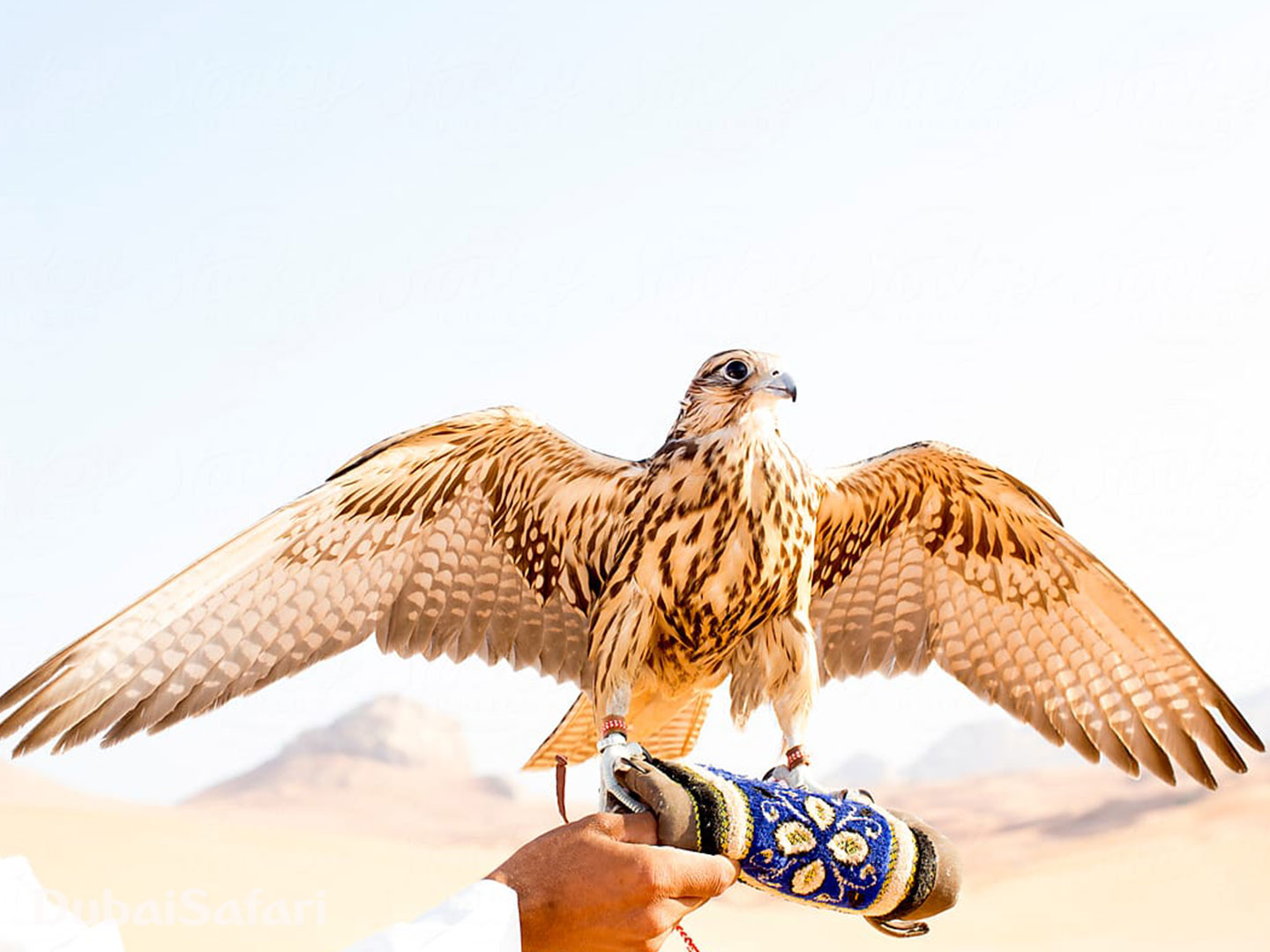 The Bedouin falcon show is part of the Bedouin Collection of experiences. This is the most traditional falcon show, and incorporates many aspects of Bedouin life into a fully immersive experience.
The falcon show is conducted by an Emirati in the Al Marmoom Desert Conservation Reserve. Guests travel on camel caravans through the desert and reach a point where they hop off and unroll the carpets carried by the camels as a place to sit and watch the show. This is a slightly less structured show and guests are encouraged to ask lots of questions.

Falcons in Dubai can be seen as a status symbol, and they are often associated with luxury and class.

To highlight the elegant side of falconry, several of our luxury desert safaris include an exclusive falconry experience.
On this tour you can watch some of the best trained and most valuable falcons in the world fly to traditional lures and hi-tech drones.
These falcon shows are best suited for people looking for a more high end experience, that still allows them to learn about the cultural significance of falcons within the UAE 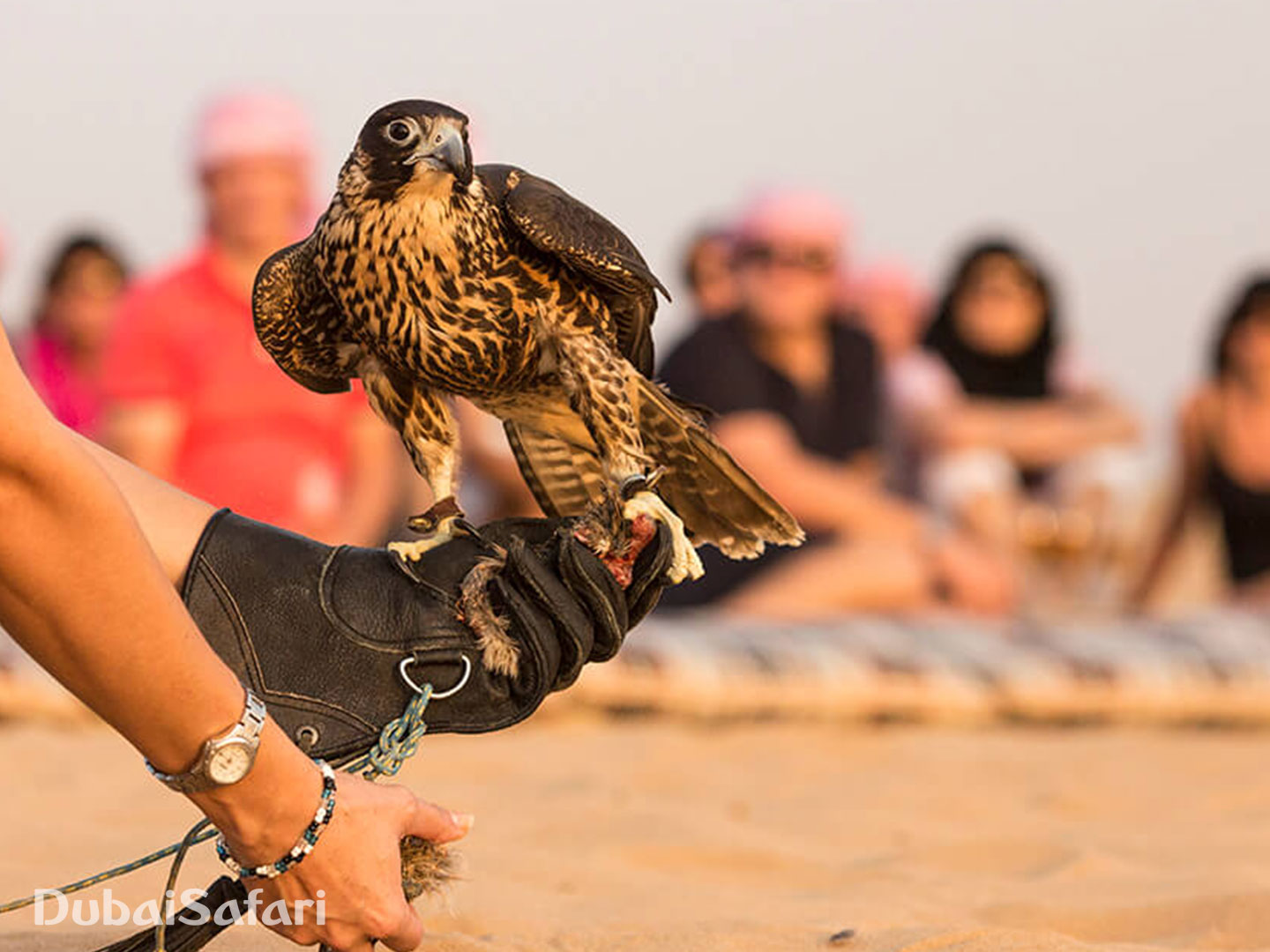